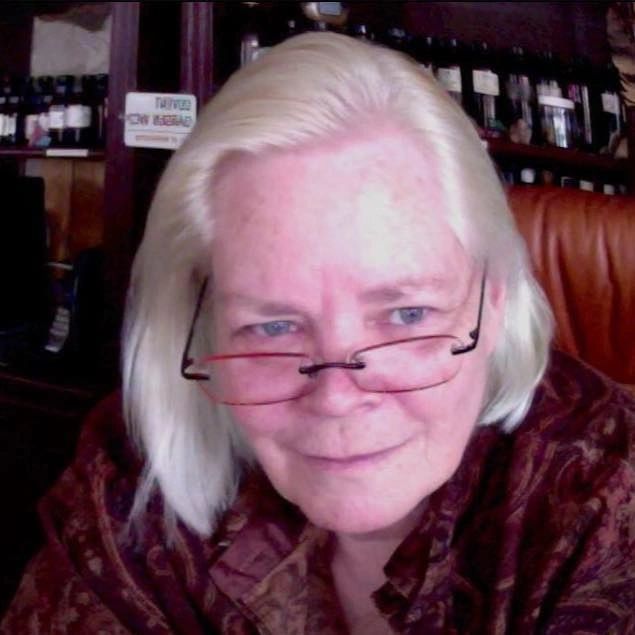 This is my bench.

This is where I work with you to formulate personal blends of essential oils and flower, gemstone and environmental essences to meet your goals, begin emotional healing and assist you to open your inner doors where personal gnosis waits for you.

This is the Ancestor Aromachologie' I've created

Gwendolyn Holden Barry is the blender

Gwendolyn Holden Barry was born in Rochester, New York and grew up in South Florida. She earned a BS in psychology at Cornell University then later studied aromatherapy in Great Britain. After school Gwen pursued a lifelong fascination with the ‘occult’ pulling her focus into studying the principles of spirituality, magic, the origins of myth and culture. In her freshman year she was fortunate to attend a summer session introducing the comparative histories of myth with Professor Joseph Campbell, anchoring a direction her eventual path in life would follow. In 1991 Gwen opened Daughters of Isis with her sister, a small books and herb shop in Pompano Beach. Awakening to the consciousness of the plant ally’s with her hands in the herb jars, she began studying cultural herbalism, leading into her work with essential oils and flower essence remedies. Listening to her guidance, in 1992 she created true white sage and sweetgrass oils beginning a 30 year journey exploring and sharing the sensual tools and teachings of our ancestors. A self initiated Witch and cultural practiced shamanic maker, Gwen is a teacher, an aromachologist and flower essence practitioner creating the Daughters of Isis, inc. flower essence formulas companioned with essential oil blends expressing the traditions and spiritual practices of our collective Ancestors. Gwen is the owner and blender at Daughters of Isis Inc. based in Port Saint Lucie, FL

Following the standards in harvest and making of Dr. Bach, Gwen has developed her own harvesting techniques in cataloging flower and environmental essences from all over the world.  Using flowers, plants, living roots, gems & crystals, environmental energies and planetary influences Gwen formulates  door openers in urging that "ah HA!" moment and a new conscious awareness.

Blending for a Quality of Mind

A British trained aromatherapist, Gwen has devoted her practice to aromachology, the use of scent to evoke emotional, mental and instinctual responses to scent.  Using the lens of our Ancestors, Gwen blends the Indigenous scents of culture, creating sensual tools of new awareness and self revelation. Gwen develops her blends paying attention to her guidance by our Ancestors and the aromatic properties to provide a special quality of mind through scent.

About Daughters of Isis

MayDay Anniversary 2020: 29 years ago, my sister Debbie and I drove into the shopping center just across the railroad tracks on Sample Road in Pompano Beach while the Zombies played “It’s The Time of The Season” on the radio. Directly across from a little house with a neon lit sign saying “Psychic Readings”. I knew then that between the Birkenstock and the pool hall beer bar Daughters of Isis had found a home. In three weeks’, time, on May 1st, Beltane, we grandly opened DOI. 1991. The shelves held books, a special room was filled with Frontier Herb jars that would expand to collective jars of much more, my sister’s herb room was stocked. I miss it dearly. In the very back of the shop was an office and bathroom. The eventual vortex of the whole enterprise. I had placed an order with the Museum Company for several Egyptian statues on April 28th at the last moment … by Goddess, on May Day a large box arrived via UPS, Mother Auset winged and within. I was stunned, yet I knew then, my path in life was finally lit before me. The majority of items and ideas for the shop were the knowing and experience of my sister, who had dragged me through every metaphysical and herbe shop in western Europe a little over a year before. Self-help, spirit, traditions written out and published by Weiser, Lewellyn, Hay, yet by far the largest collection of publishing were Bear & Co. books. Animal Medicine cards! We ordered several decks from US Games. The both of us chose tumbled stones and carefully picked special minerals and crystals to offer. We were neophytes. Beginners, self educated as most new age enthusiasts were just two years past Harmonic Convergence. Our ears pricked up whenever a new topic was engaged, we decided that no one journey or tradition or practice would be excluded from our embrace to be of Service. Discretion was to be topside, sincerity was to be nurtured. These ideals, commitments and yearning for the adventure of a coming evolution in consciousness set the astral flag for Daughters of Isis, inc. Our colors wave still.
Many times, here and abroad, people have asked, “Who and why the name ‘daughters of Isis’ “? One element in our lives at the time was grief. Our mother crossed in March of 88. After the business of death, uncertainty and lonesome wander that proceeded her passing we opened DOI, to remain who mom always determined we were, the Barry Girls. Mom was very fond of Egyptian iconography… the name Daughters of Isis was our inclusion of her, always. Of course, Auset – Isis was Mother from the beginning and Her oversight, overwhelming Light of service anchored and anchors each year again.
Since May Day, Beltane in 1991 Daughter of Isis, inc. has remained ‘open’ in one form or another. Today I work from the bench and elsewhere presenting our collections of aromachologie’ and flower essence formulas through the lens of culture. Debbie still makes many of the products we teach and sell. She is now an acupuncturist, ceremonialist and herbal high priestess. I’m the blender, a cultural shamanic maker, a teacher. My guides began to teach me, guide me in my studies in that back office and send teachers to me from that location in Pompano Beach and into every place I’ve worked since. Every ‘member of the family’, folks who joined us along the journey, are still with us in Spirit and projects. All dedicated to this adventure in a new conscious awareness, a time of paradigm shifts and laying the foundation, paving the beginning way for a new planetary culture emerging now through great changes in a cyclic timing no government, regent or despot has any direction over; save the Universe’s wisdom in Oneness. It seems to me, only a conjecture, yet I think historically the Georgian year of 2020 might well be considered year 1 of new humanity on Mother Earth. It’s a hope, a prayer, a dream shared by so many. It’s the work and service we’ve looked towards, not surprisingly spurred by the ‘hard way’ as humanity historically has chosen.
Daughters of Isis is a heart beating among so many in our ‘time’ and that ‘time’ is not nearly finished. We are here, come what may, until another beating heart of service and commitment eventually comes to glide into the slot. We live in interesting times. Our opportunities are magnificent. Our challenges are now, some of the darkest. Grounding the Goddess still remains a primary goal among we, the “bringers of the dawn”. Debbie and I thank you for your patronage and contributions in your own paths, practices, traditions. The largest lesson on the table in the moment is that we are One.
Happy Beltane! Happy MayDay! And, thank you all who have been there through the years and the adventure. Daughters of Isis is here to serve you. It’s ain’t even close to over. xo -- the blender